Surface water management should form an integral part of urban planning, regardless of scale. As we know, climate change is already resulting in more frequent and intense rainfall, and the impact of this on urban areas is increased as infiltration rates are significantly less through hard surface areas compared to greenfield sites. This brings challenges in terms of drainage, traditionally addressed by hard engineering options (concrete gullies, pipes, drains etc) resulting in increasing flood and pollution risk. Sustainable urban Drainage Systems (SuDS) to address flood risk were introduced several decades ago and are promoted in The OPW’s (2009) Guidelines for Planning Authorities “The Planning System and Flood Risk Management”.

More recently, a Nature Based approach to SuDS (or Natural Water Retention Measures) has come more into prominence, in response to the water, climate and biodiversity crisis facing the planet. This approach is promoted internationally by organisations such as the International Union for Conservation of Nature (IUCN) and supported by the EU’s Green Deal.

Nature Based SuDS work with nature (rather than against it) and are now being mainstreamed across the globe. The benefits of taking a nature-based approach includes not just flood risk management benefits but also improved water quality (e.g. can filter out >80% heavy metals), biodiversity (e.g., provide habitat for range of species) and Climate adaptation and mitigation (resilience, micro-climate cooling etc and carbon sequestration).

Currently most County Development plans reference SuDS, but in practice its application across the country varies considerably. SuDS should involve the use of interconnected nature based techniques from source (i.e., hard surfaces such as roofs or roads) to the receptor (e.g., a river or stream) but often only single elements are employed rather than a complete “train” of “treatment systems”. Additionally, there is often an over reliance by developers on “the concrete pipe and underground tank” because of their familiarity.  They are often reluctant to use nature-based SuDS because of concerns regarding space needed, efficacy, lack of experience, maintenance needs, etc. SuDS planned properly addresses these issues. But the elements should act in an integrated fashion (like urban mini-catchments)–and Nature Based SuDS such as Green roofs, Swales, bioretention areas, rain gardens, wetlands. have the added advantage that they are located overground. They are, therefore, often less expensive to construct and easier to maintain than underground solutions and provide multiple additional benefits (filtering pollutants, biodiversity, amenity value etc).  However, in order to achieve these aims, it is vital that this integrated approach is incorporated into the earliest stages of planning such as Development Plans, Local Area Plans and Strategic Development zones. The role of green infrastructure in providing nature-based surface water solutions must be incorporated into these early design stages (e.g., removing kerbs and allowing verges act as swales or lowering the level of a local park or pitch to provide flood storage) In response to requests from local authority staff consulted by LAWPRO at Water Framework Directive workshops held across the country, a webinar was organised on November 9th 2020 to explore, discuss and learn about the potential of Nature Based Surface Water Management in Ireland.

Organised in association with the Irish Planning Institute, Engineers Ireland and the Department Housing Local Government and Heritage and launched by Minister of State Malcom Noonan, the webinar approached the above referenced areas of nature based solutions and how best to implement them, having canvassed planners and engineers in particular.   The webinar also looked at key overlapping areas such as the Water Framework Directive, and wider Statutory agency objectives (e.g. OPW and Inland Fisheries Ireland). The webinar also included the launch by Inland Fisheries Ireland of their revised “Guidelines for Urban planning along watercourses” – making the case for sustainable development by making space for water and amenity use.https://www.fisheriesireland.ie/extranet/fisheries-management-1/1756-ifi-urban-watercourses-planning-guide-2020-update.html

The event culminated in a discussion moderated by Adrian Conway (former executive manager with Dublin City Council) with Water and Planning representatives from Department of Housing, Local Government and Heritage and the OPW.

A subsequent poll of attendees (almost 500) showed a significant percentage of attendees were planners and engineers, mostly from local authorities but also the private sector.  Other attending disciplines including architects, landscape architects, environmental, climate action, heritage, biodiversity, community and enterprise. Attendees emphasised the need for a multidisciplinary approach to successful implementation within local authorities and County Development Plans.

Feedback from the attendees also confirmed that Nature Based SUDS would significantly benefit water, climate adaptation, biodiversity, and human well-being objectives. However, 81% of respondents believed that Nature Based SUDS were not being adequately implemented in Ireland. Improvements in factors such as policies, legislation, leadership, governance, technical guidance, training, local government capacity and funding were considered necessary by the majority of respondents. The engagement of other state agencies, Inland Fisheries, Office of Public Works, National Parks and Wildlife and the EPA as well as the private sector was further emphasised. The need for a cross agency and multi-disciplinary integrated approach was also emphasised, incorporating all aspects of urban planning and design, from strategic and planning phases to the more detailed preparation or assessment of plans and projects.

A key objective of the workshop was to explore the relevance Nature Based SUDS in the Irish context. This was roundly supported by the attendees. The next steps (as recommended from the post Webinar online poll) will be to scope out the needs for developing a comprehensive national implementation strategy for SuDS.  This may culminate in the development of guidance, training, and case studies. The Department of Housing Local Government and Heritage will work with local authorities and other relevant authorities to organise the development of guidance with LAWPRO and partners. Training can then be organised using best practice examples. Complimentary to this is the Climate Action training being organised by the CAROs which will include some focus on Nature Based SuDS. The Southern Regional Assembly are also coordinating a project with 3 Local Authorities  and Irish Water working on best practice case studies for Green and Blue Infrastructure in the Urban environment.

The survey poll will form the basis of an outputs report, which will be available on the LAWPRO website www.watersandcommunities.ie together with the WEBINAR presentations.

Interestingly it is widely reported that the Covid 19 Pandemic has brought people closer to nature. So this offers an opportunity for us all to promote Nature Based SuDS in a changing climate environment.  Let’s not waste this opportunity.

We would like to thank all who contributed to the lead up to the event and post event analysis for their support. 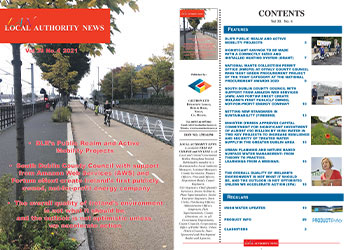 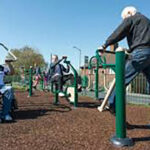