Seven precast concrete bridge beams, the longest ever for Ireland and the UK, measuring 49.9 metres in length, were placed over the River Laney as part of the N22 Baile Bhuirne to Macroom Road Development on the 15th and 16th of December.

Made in Ireland, the 155 tonne beams arrived on site in Macroom with the assistance of a garda escort over 4 nights.   With only 200mm height to spare traveling through the Jack Lynch Tunnel, one of the biggest challenges encountered prior to the final destination was reversing the beams into position with only inches to spare at the existing stone arch “New Bridge” in Macroom.

Commenting on this engineering feat, Mayor of the County of Cork, Cllr Mary Linehan Foley noted how this was another step toward the delivery of a much welcome project

“The placement of bridge beams over the River Laney represents great progress on the N22 Baile Bhuirne to Macroom road project, and huge credit is due to all involved for delivering this aspect safely and successfully.  Installing the longest concrete bridge beams as part of the largest road scheme in the country during a global pandemic is truly a reflection of our resilience.  This scheme has been many years in planning and when complete, will result in a significant improvement of the N22, in terms of road safety, journey time savings, removal of traffic congestion and enhanced connectivity between Cork and Kerry.

This sentiment was reiterated by the Chief Executive of Cork County Council, Tim Lucey,

“The scale of works involved in delivering such a major piece of Strategic Infrastructure is enormous, as we can see from this particular operation to place 49.9m precast beams spanning the River Laney. The construction phase involves some disruption and can only be achieved with the continued co-operation and support of the local community. Cork County Council is delighted to see such progression and would in particular like to thank the people of Macroom, Baile Mhic Íre and Baile Bhuirne for their continued understanding during the delivery and placing of these beams, and throughout the construction phase.”

With 18 road bridges (under and over bridges), 24 accommodation (under/over bridge) structures and a number of culvert structures to be constructed, through challenging terrain, from hilly, remote land with rock outcrops at the western end, to low lying pasture lands to the east of Macroom, the end result with be a 22km Type 2 Dual Carriageway constructed offline of the existing N22.

The road will cross a land-locked section of the Carrigodrochid Reservoir to the south east of Macroom.

“It’s hard for people to see the enormity of the works going on behind the hedges and walls, and maybe people won’t until the road is finished and open, however it is fantastic to see the works and in particular, all the bridges that connect people and businesses, taking shape. TII wants to sincerely thank all the people on site doing a really great job, you are greatly appreciated. “

There are interfaces between the new road development and the existing N22 at the eastern and western termini as well as two crossings of the existing national Cork-Killarney-Tralee road.

Regular scheme updates may be found by visiting www.n22bbm.ie 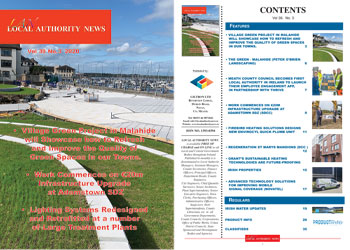 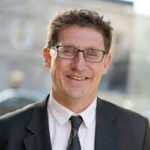 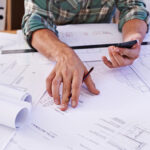