The Minister for Transport, Tourism and Sport, Shane Ross TD, has welcomed the publication of ‘Transport Trends 2019’ by his Department, which sets out the latest developments in the transport sector from available data and statistics.

Minister Ross said, “Transport plays a crucial role in developing a strong economy and strengthening links between communities. It is central to promoting sustainable growth; ensuring that people can get to their jobs, visit friends and family, that businesses can transport their goods, and tourists can explore every corner of our country. It’s heartening to see that more and more people are getting out of their cars and using public transport as well as choosing to walk or cycle. It’s also encouraging to see increasing numbers of motorists making the switch to electric or hybrid vehicles. My Department is committed to providing more sustainable and climate friendly transport choices for travellers. This commitment to climate action will see investment in public transport exceed €1 billion for the first time in 2020. We will continue investing in transport infrastructure to ensure present and future transport needs are met, for the benefit of society, the environment and the economy.”

This €1 billion investment in public transport in 2020 will support the progression of major infrastructural projects, such as Metrolink and BusConnects, increasing capacity on rail services, and supporting the phased transition of the public transport fleet to lower emission fuel types. This investment reflects the priorities of the Climate Action Plan, which outlines the actions necessary to ensure Ireland meets its 2030 climate commitments and putting us on a trajectory for net zero emissions by 2050.

The report highlights the key role of transport to the tourism sector. As an island nation, air travel remains key for overseas tourists coming into Ireland, with 88% arriving via air travel in 2018. The minister welcomed the high use of sustainable transport by visitors, with more than half of tourists (57%) not using a car during their stay, and 53% using some mode of public transport. Minister Ross said: “It is testament to the quality and usability of our public transport services that more than half of tourists visiting Ireland chose not to use a car during their stay last year.”

Budget 2020 saw the Department of Transport, Tourism and Sport’s budgetary allocation increase by 16.5% to €2.7 billion.

• The number of passengers on the main public transport services (Dublin Bus, Irish Rail, Bus Éireann PSO and Luas) increased by 12.5 million to almost 265 million in 2018 (+5%).

• Over half of people (52.6%) entering Dublin City Centre during the morning peak in November 2018 travelled by public transport, while 11% walked, 6% cycled and 28% travelled by car.

• Usage of Real Time Passenger Information, which provides live updates on arrival times of buses, trams and trains has more than doubled since 2017, with over 261 million requests for information in 2018, up from just 18m in 2015.

• The number of new vehicles licensed in 2018 fell for the second year running to 157,865, a 2.5% reduction on 2017 numbers. However the total number of vehicles (old and new) on Irish roads reached its highest ever level at 2.7 million vehicles, including 2.1 million private cars.

• Emissions from the transport sector decreased by 2.4% to 12m tonnes CO2 equivalent in 2017, with 52% coming from private cars and 27% from goods vehicles. Transport was the second largest contributor to greenhouse gas emissions after agriculture.

• The volume of freight shipped through Irish ports rose 3% in 2018 to 55 million tonnes, with Dublin Port handling nearly half of that. Trade with the UK comprised 40% of the total.

• Dublin/Heathrow is one of the busiest airport routes within the EU and the only non-domestic route among the top 10, 2017 figures show.

Transport Trends 2019 is a compendium of statistics relating to the transport sector in Ireland. It is compiled by the Department of Transport, Tourism and Sport mainly from existing data published by other organisations (including CSO, NTA, TII, RSA, EPA, Eurostat, etc.) with different time periods applying to different data sources (e.g. 2016, 2017 or 2018). Some data is provisional and could be subject to future amendments. This is indicated wherever possible throughout the report. A copy of the report can be found here https://www.gov.ie/en/publication/8cd518-transport-trends-2019/ 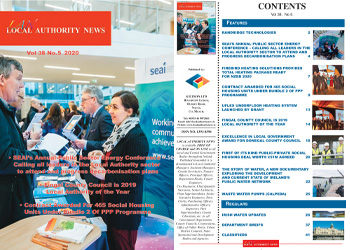 Workplace & Facilities Expo. is on 3-4 March at the RDS, Dublin. It is the largest event of its kind in Ireland!